Design Objective
Design a pin for North Carolina in color with two sizes: 7" and 1-1/2"and include the year, state name, and SkillsUSA. Answer provided questions typed in 12pt font. Additionally, create an informative, and promotional table display and deliver a presentation regarding all aspects of the pin.
Design Brief
The pin design is meant to stand out, draw the eye and make you want to engage with it. A glitter sky catches attention as it creates depth, appearing almost like millions of stars off in the distance. Glitter is an uncommon but not unheard-of pin material, making it special yet feasible to produce. After seeing the sky, viewers will notice the slider. They will want to interact with the pin, moving the slider back and forth. This isn’t a pin worn once then forgotten. This is a pin worn time and time again. Viewers will see the modes of transportation representing North Carolina, but they will also be thinking about what really makes North Carolina special, the people. Forward thinkers, envelope pushers, and adventurers; all represented through vehicles of North Carolina, a space capsule for the North Carolina Space Grant, helping us explore where no man has gone before, the Wright Flyer, making us first in flight, the adventurous Blackbeard’s ship, yes, Blackbeard was a pirate, but he was pardoned, and a stock car for the state sport and the NASCAR drivers. The pin represents the people of North Carolina and represents the past, present, and future of North Carolina. It does all of this while giving nods to the state colors, the state metal, being the twelfth original colony, and having stars like the one on the North Carolina flag. This pin is special because it packs so much meaning at such a small size. 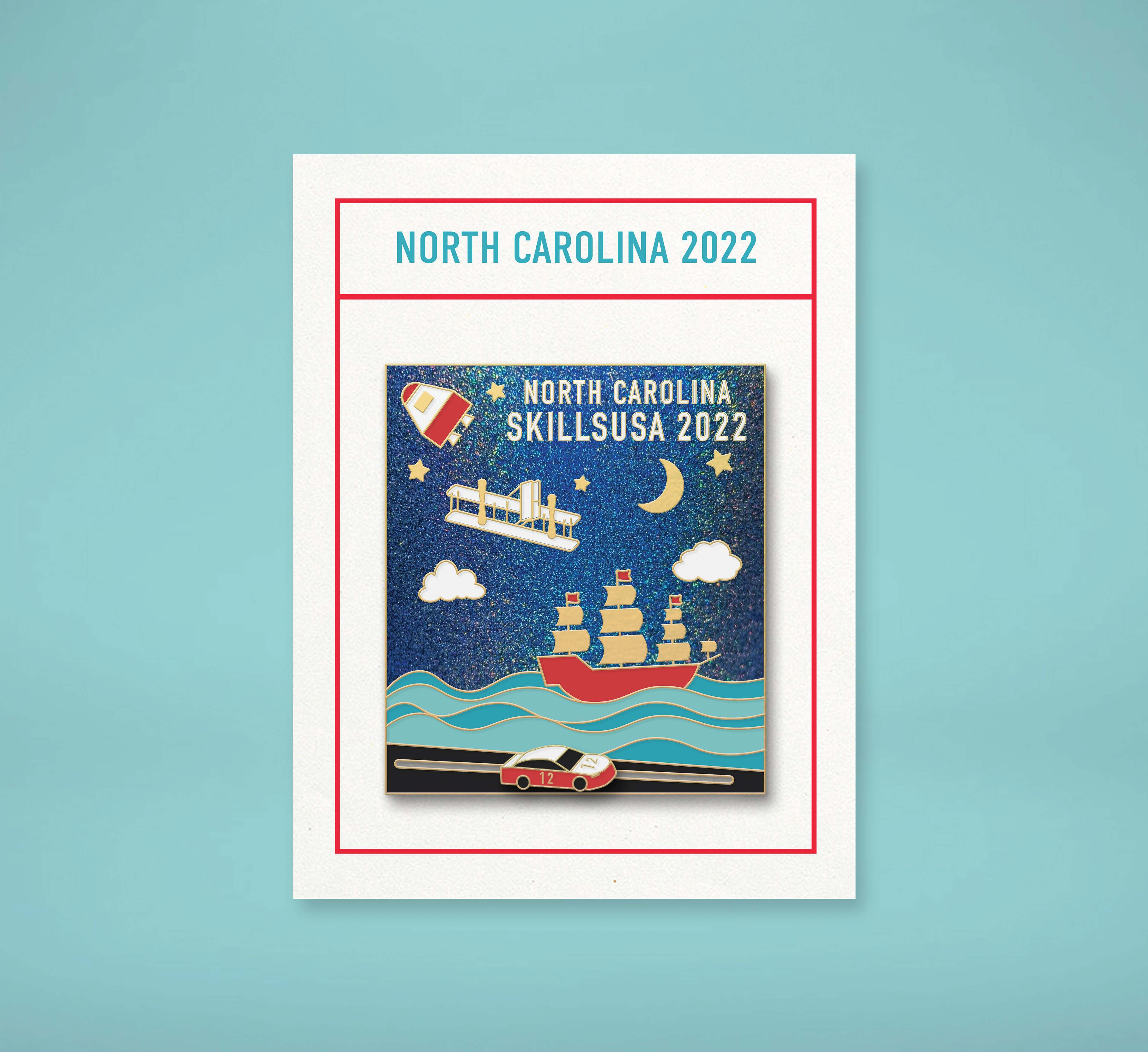 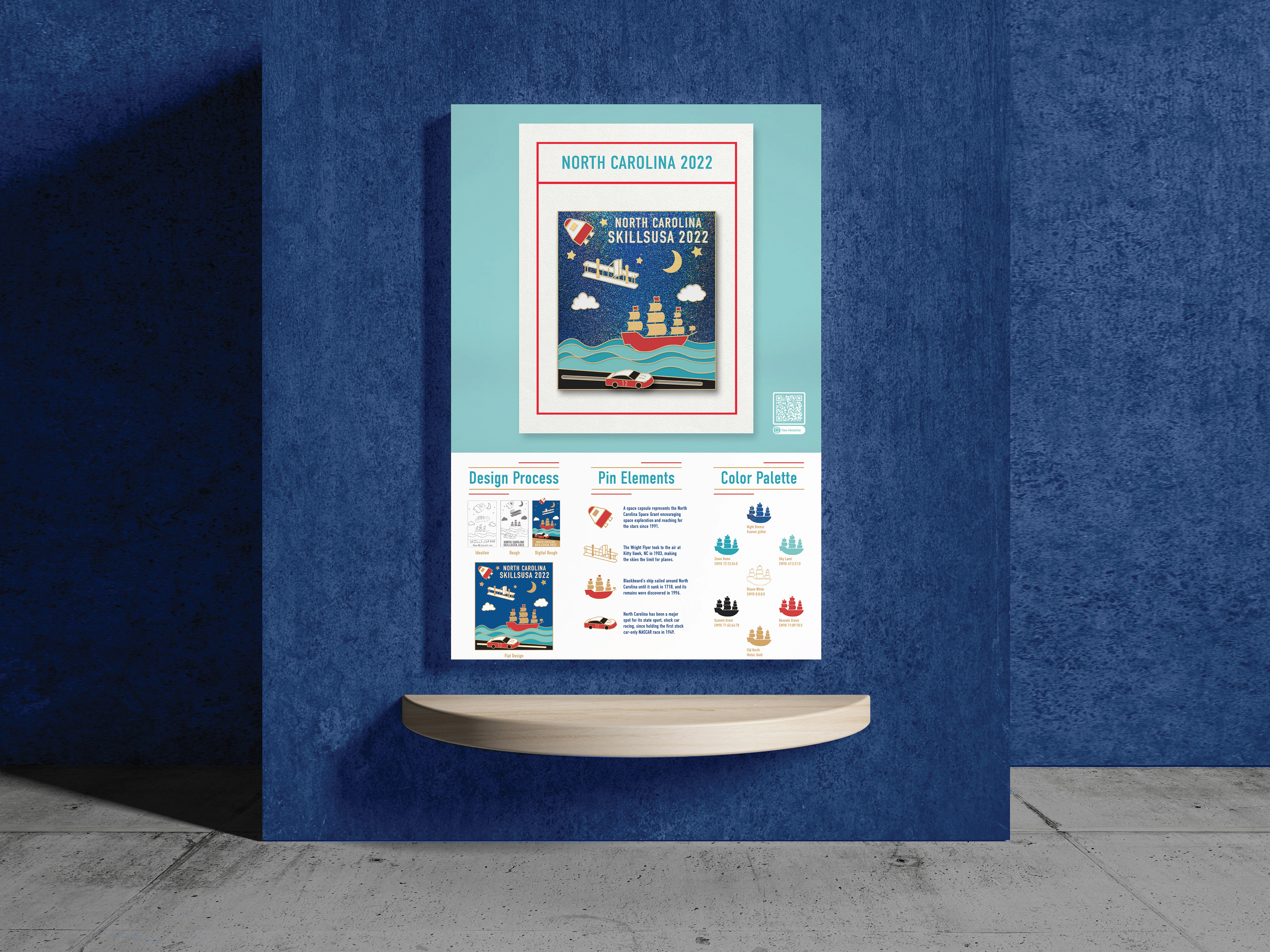 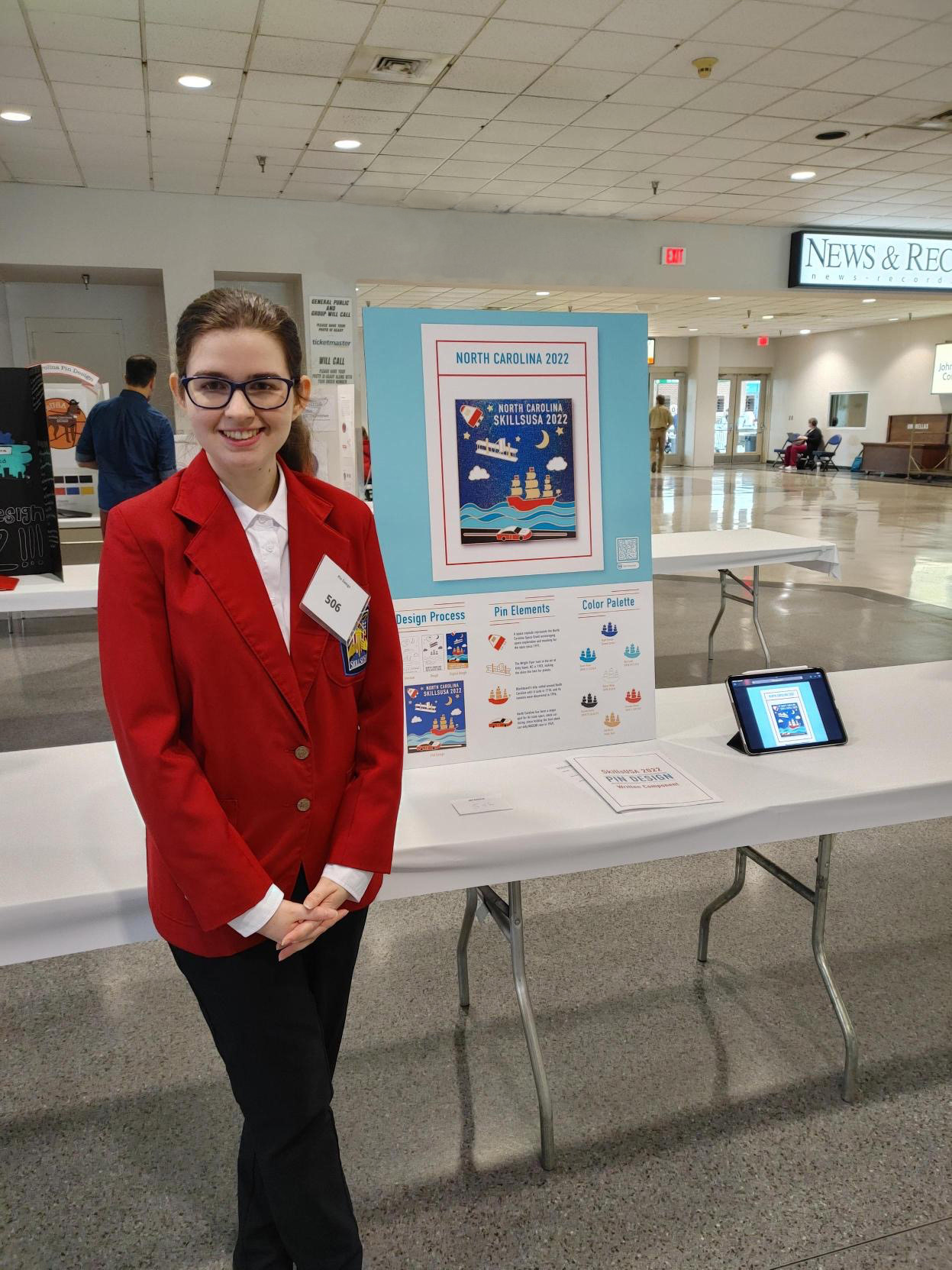 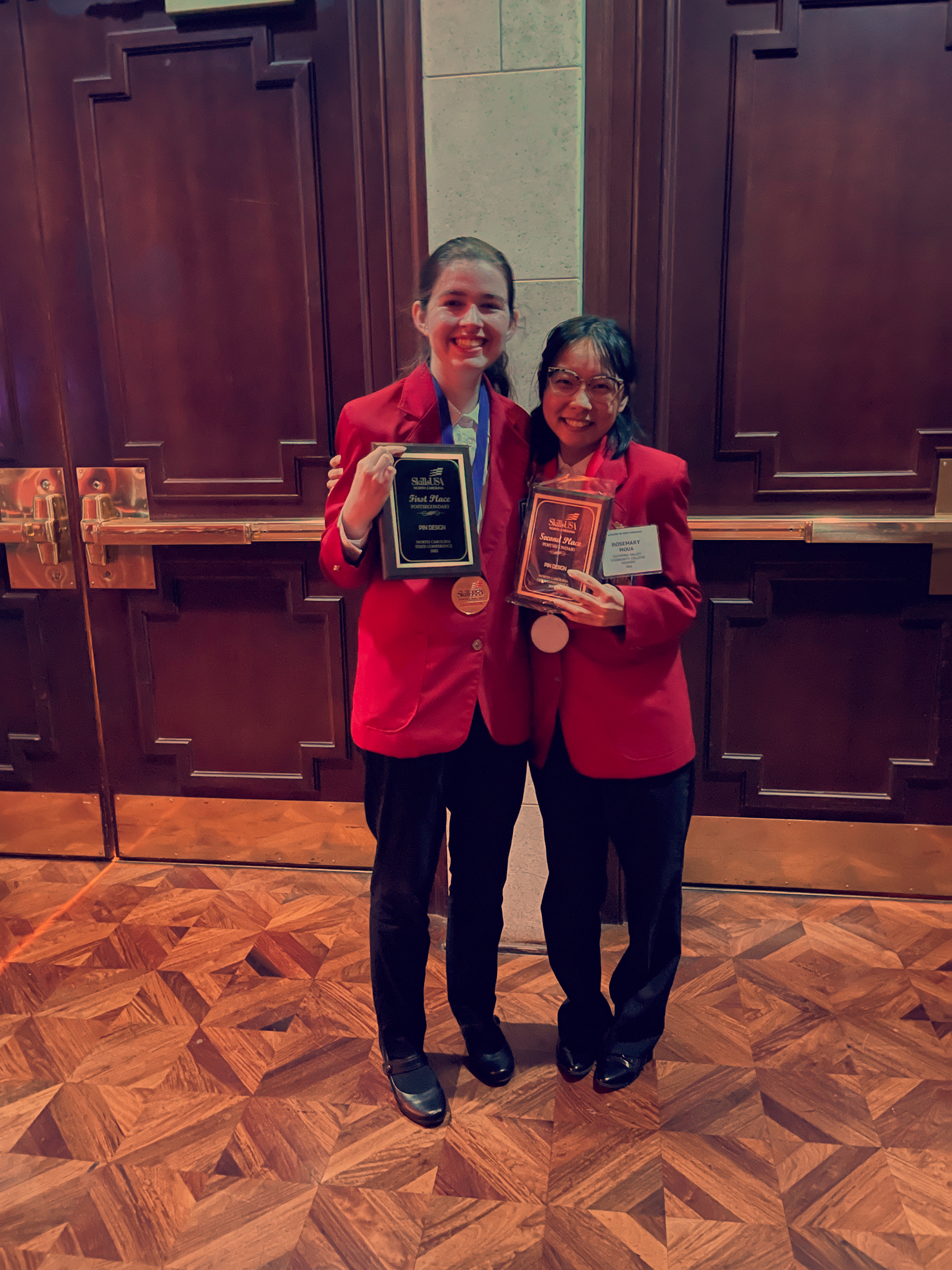 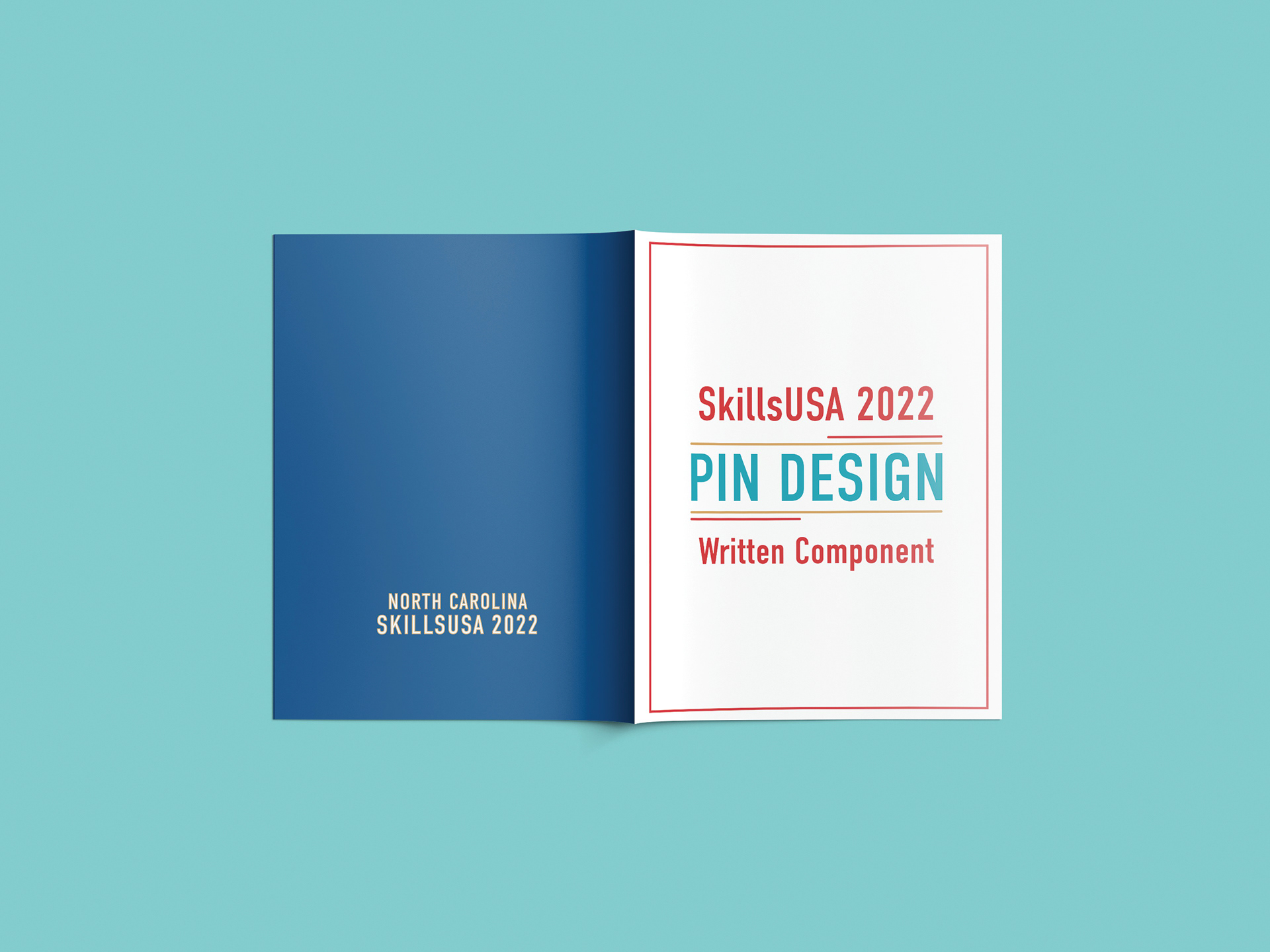 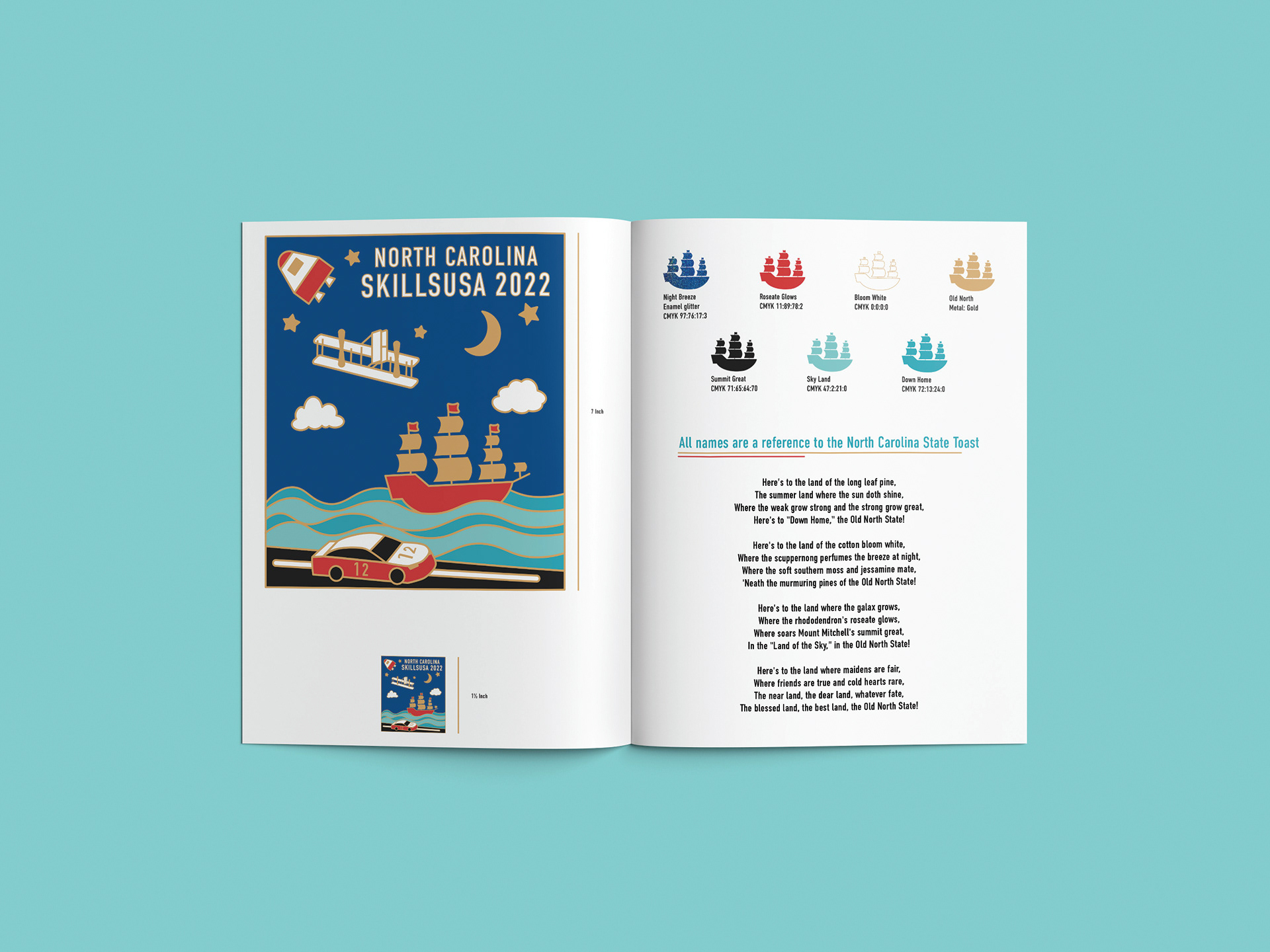 Meet the Stars Icons and Poster

Have a Seat Mobile App

Steam Team Brand and Microsite
↑Back to Top